For as long as I can remember, whether for business or pleasure, I’ve always loved to travel. AWOL on the Appalachian Trail, A Walk in the Woods, The Call of the Wild, Into the Wild, and Undaunted Courage are just a few of my favorite books that allow me to escape into the middle of nowhere, surrounded by nature. Whenever I hike a new trial, I feel as though I’m a pathfinder setting foot on untouched land, exploring somewhere for the very first time. This is certainly what Lewis and Clark experienced, and I share some of their understanding. On a float trip down a stretch of river that I’ve only seen on Google Earth, I wonder what really is around the next bend, and if the set of rapids the satellite imagery provided will prove as tricky as I believe.

Road trips are not only fun but educational. They allow you to connect with the past and the present, the people, and wine. Wait…. Wine? Yes, the impetus for one of my longer adventures was wine, which we’ll get to shortly. I’ve traveled a lot of the past two decades. I’ve been to almost every state, and I certainly have my favorites and least favorites based on those experiences, however extensive or limited they may be. I accredit William Least Heat-Moon’s Blue Highways with sparking my interest in road trips. Or was it Dayton Duncan’s Out West, Peter Jenkins’ A Walk Across America, or any other overabundance of first-person accounts of traveling in the United States that possess a place on one of my several bookcases? It’s hard to say at this conjecture. Suffice to say, however, my library does not lack in reading material about traipsing around the country in search of something, or nothing at all. 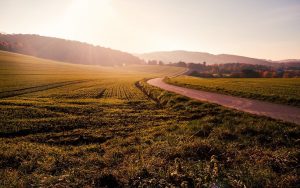 Occasionally, I do lack a glass of wine to sip while I read from the recliner in front of the piping hot wood stove on a cold winter’s night or on the deck on a pleasant spring morning. This rather infrequent conundrum was brought to my attention by my wife one evening when she walked into the family room and asked if I had polished off the bottle of Merlot that was on the dining room table. I say was, because, in fact, I had finished the bottle and it was no longer there. The Merlot paired well with the homemade shepherd’s pie and I felt an obligation to put the rest of it to good use, down to the last drop. I was reading about salmon in Alaska by James Michener. Now I craved a glass of Chardonnay or Viognier. I sometimes have good ideas. I frequently have bad ideas. I rarely have exceptional ideas, but that night was one of them. A road trip. A bucket list by car. Cities, towns, activities, and points of interest and historical importance, all rolled into one. Throw in a winery or two every day and it’s now an epic adult adventure. I had already sold myself on the idea before anything else was even formulated.

I was fortunate to be in a position at a job that gave me what was the equivalent of six to eight weeks of paid vacation every year, with zero obligation to work while gone. It would be easy enough to take a few consecutive weeks off. The hamster wheels started turning. I’d go in May, just a few short months away. Generally speaking, most of the country is fairly temperate in May, minus an early heatwave in the south that’s always short-lived at that time, or a late-season snowstorm out west. As my mind began narrowing down the options, I took anywhere south of North Carolina off of the list since wineries are few and far between beyond that point. From the Piedmont of Central Virginia, in the foothills of the Appalachian Mountains, I could drive to the Canadian border in a day. North it would be.

I’m outdoorsy and can rough it, but I also enjoy creature comforts. Easy enough, I thought. I could bring my backpacking and camping gear, and depending on location and/or whether I could camp some nights while hoteling it other nights. Did I mention I love maps? I use them for work every day and I’m inherently drawn to them for all the information they have to offer. Maybe I should’ve been a cartographer. On second thought, I’m bad at math. Nonetheless, I can spend hours looking at nautical, road, topographical, and trail maps. I’m also a biker (motorcyclist) who enjoys taking trips several days long, carrying whatever I’ll need in saddlebags and a tail bag. Looking at maps to plan the trip is half the fun for me.

I pulled out my road atlas, opened up Google Earth on one iPad, and started taking notes on another iPad. Where did I want to go first? What would dictate where to stop or where to pass by? Research would be paramount if I was to thoroughly enjoy myself and do and see (and sample) as much as possible. I would say challenge accepted, I didn’t consider it work on my part, but rather play. One thing was certain, however. I wasn’t going to spend much time in cities. No, this adventure would mostly be on the winding roads of rural America.