California’s Central Coast wine region covers a vast stretch of California’s coastline from just south of San Francisco to Santa Barbara. While considered one wine region, the Central Coast can be divided into northern and southern regions that produce distinctive wines based on climate and soil conditions. The region includes 40 AVAs, each of which specializes in a different wine style. As a whole, though, you can’t go wrong with Pinot Noir, Chardonnay, or Syrah grown in the Central Coast.

The Central Coast: The North

The northern section of the Central Coast is home to several notable areas and AVAs that produce a wide variety of grapes. Many different wine grape varietals can be grown in this area, but the precise soil conditions and climate at vineyards determines which grapes will flourish. The northern Central Coast is primarily known for Chardonnay, Pinot Noir, Sauvignon Blanc, and Cabernet Sauvignon. The area is incredibly fertile, though, so don’t be afraid to shy away from more unique varietals grown there, including Viognier and Riesling.

Don’t miss visiting Livermore Valley east of San Francisco, an early site for vineyards. Two vineyards from the 1880s are still in operation here, and are still run by the same families that started them over a century ago. Livermore Valley is known for its Chardonnay – and it produces about 80% of California’s Chardonnay!

While winemaking is a more recent development in Monterey County and the Santa Cruz Mountains, winemakers in both areas are producing award-winning and unique wines. Like Livermore Valley, Monterey is known for Chardonnay, but recently the area has produced noteworthy Pinot Noir. Vineyards in the Santa Cruz Mountains grow a vast array of wine grapes based on each vineyard’s unique microclimate.

The Central Coast: The South

San Luis Obispo County has a variety of microclimates but is primarily known for Pinot Noir, Chardonnay, and Zinfandel. Winemakers have been growing wine grapes in Paso Robles since the 1790s.  Paso Robles is mostly known for red wines: Merlot, Zinfandel, and Cabernet Sauvignon. 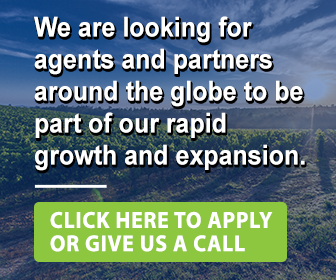